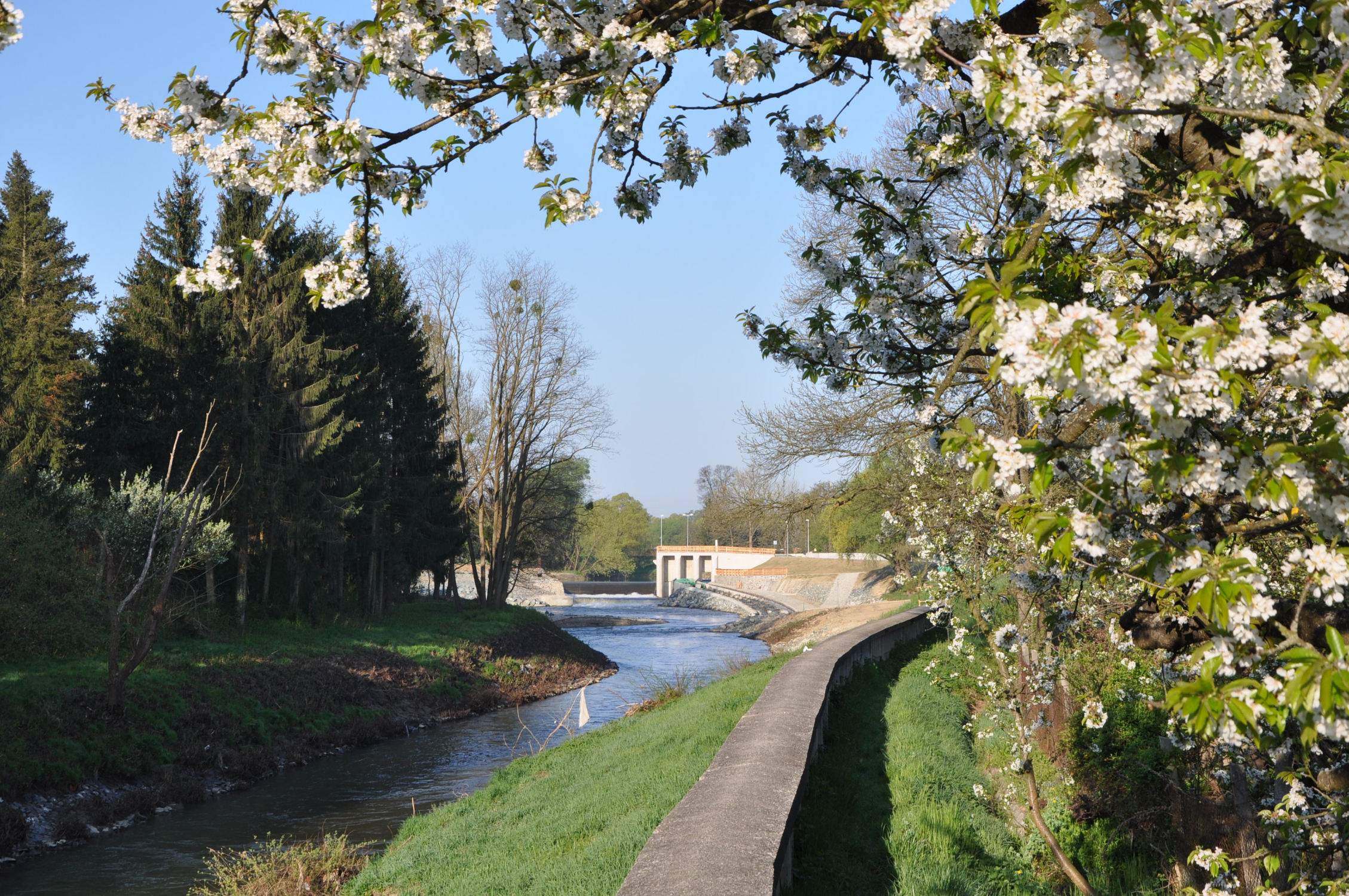 Alsószölnök is located in Vas county, seven kilometers from Szentgotthárd, along the Austrian border. Slovenians, Germans, Hungarians and Gypsies live there. Here Rába moves from Austria to Hungary. At the Lower Bollard, the Cologne Stream, which crosses the Upper Bollard and Lower Bollard, flows into the river from Trdkovo in Slovenia.

The whole area of ​​Alsószölnök is under nature protection as part of Hungary’s largest landscape protection area, the Fertő-Hanság and Őrség National Park and the Őrség-Raab-Goricko Naturpark, which crosses the borders of the three countries. Many rare plants (moss species, bran, ferns) can be found here. It is also rich in mushrooms, mostly picking porcini mushrooms, chanterelles and pigeons. Of the mammals, the rare, protected otter that appears in Raba is the most significant.

The area was originally covered with impermeable forest, sometimes interrupted by swampy areas. The fields and meadows were created in the place of former forests. Clayey, gravelly soils are difficult to absorb. Therefore, the fields were plowed in narrow strips. Rainwater seeped into the furrows, where it couldn’t hurt the sowing.

Until 1989, the economic situation of Alsószölnök was greatly influenced by its peripheral location near the Austrian border. Until the 1960s, the people living there were almost exclusively engaged in agriculture, animal husbandry and handicrafts. Their income was supplemented by seasonal work. Until the 1950s, apple cultivation was significant. The fruit of the area was also bought in Alsószölnök. Already in the early 1900s there was a manor nursery in the village. According to an advertisement in the March 4, 1900 issue of Saint-Gotthard, it was possible to buy “apple and pear seedlings of the noble variety to be planted” daily at the Count Taxis Nursery.

During the 1960s and 1980s more and more young people settled in the industrial plants of Szentgotthárd, when the population was bipartisan. In 1960 most of the lands became the property of the state economy.

The houses of the settlement, partly sporadic and partly street-based, were built on the valley on the right bank of the Rába and on the side of the hills.
Initially, tile houses made of carved beams were built in Alsószölnök. They were patched from the outside and then plastered. From the beginning of the 19th century, so-called “knock-offs” of earth-crushed or stacked balls of earth appeared. houses with swedish walls. They have been building bricks since the 1930s. The last harrow house was demolished in 1956, and in 1988 there was a smokehouse in the village.

Between the two world wars, healthy air and beautiful scenery attracted many holidaymakers to the Götz Holiday Village called Fenyveslak. The area of ​​the now uninhabited Götz-major and the part of the village called Tanya are still administratively owned by Alsószölnök. Most of the inhabitants of the fifteen houses come from Felsőszölnök. This group of houses is in direct contact with the last senior lady. The next ponytail is three or four kilometers away. Therefore, the “homesteads” go to the shop, pub, church and burial there in Felsomel.

Until the end of the Second World War, the border between Neumarkt (Farkasdifalva) and Mogersdorf (Great Wall) was crossed, which has been temporarily opened several times since 1991 at the initiative of the municipality. Hungary has also entered the Schengen area since December 21, 2007, and once the borders have been lifted we can once again travel freely along these routes.

Until the end of 2007 the roads were uniformly named as the main roads in the settlement. With the support of the local government, from 2008, new names have been given to the public areas, which also recall traditions.

Places of interest in Alsószölnök and tourist offer:

Assumption Roman Catholic Church:
The church was built by Alajos Batthyány in 1815 and dedicated in 1816 by Bishop Lipo Somogy. Next to the church there is a war memorial commemorating the name of the 13 Infernal Heroes who died in World War I. II. On November 1, 2006, the World War II memorial was erected by individuals at a local funeral home.

Mary statue:
The stone statue of Mary in front of the church is from the altar cabin, chapel, built in 1764. It came to its present place in 1889. The roof above was made by local craftsmen in 1925-30. years.

St Florian’s Statue:
Opposite the church, next to the parish house, is a statue of St. Florian, which was erected in 1930 by Nicholas Jewish and his family. The statue was restored on May 6, 2007 in association with the Fire Brigade Association.

Information Center
Computers are available for visitors with the Slovenian, German and Hungarian operating systems, as well as Office suite and Internet access.

Playground and public park
Children are welcome to play EU-compliant toys while their parents can relax on the benches and barbecue area.

Tourists Routes
Information boards indicate the cultural, historical and natural features of the settlement, as well as the location of the local institutions and services.
Guests arriving in our village can explore our village along three different hiking routes:

• Our Values ​​Tourist Trail – showcases our architectural, historical and cultural treasures
• Iron Curtain Hiking Trail – get to know our border and nature values
• Mass Tour – Recalls our ecclesiastical memories
Benches and short guides along the hiking trails will help you relax and orient yourself.