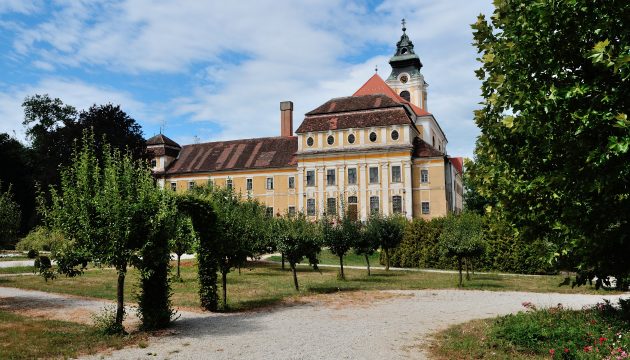 The westernmost city of Hungary has a history of more than 830 years. The settlement was built in 1183 by III. It was founded by King Bela by installing the Cistercian monks from Trois Fontaines in France at the confluence of the Rába and the Lapin. Thanks to the work of the Cistercians, the area soon developed, and although the XVI. and the XVIII. Between the 15th and 19th centuries the monks could not use the estates of Szentgotthárd, and after their return they flourished Szentgotthárd again. XIX. In the 20th century, industry became dominant, and thanks to the work of Kálmán Széll, the regional parliamentarian, many factories were established and started to develop, which predestined the settlement to fulfill an industrial and economic role. Industry is still the dominant pillar, but the role of tourism and cultural life is gaining importance.

Hungary’s third largest – and perhaps one of the most beautiful – Baroque churches, the symbol of our city is the Church of the Assumption. The frescoes of István Dorffmeister and Matthias Gusner, hand-carved, inlaid furniture by Kaspar Schrezenmayer and statues of Jozef Schnitzer decorate the church, built between 1748 and 1779, an ornate example of the monumentality of Baroque architecture and fine arts.

The foundation stone of the Cistercian monastery building (today town hall) was laid in 1740, and in 1746 the monks moved and took possession of the new monastery. The interior decoration of the building, designed by Franz Anton Pilgram, was also made by Dorffmeister, Gusner and Schrezenmayer, many of which can be viewed in their original form. During the opening hours of the Office, the public areas of the monastery building can be visited, guided as required.

The oldest of the monuments of Szentgotthárd is the granary theater, so this building accompanies the centuries of the city’s history. During their settlement, the Cistercians built a large-scale temple, which was destroyed in 1605. The new church was built between 1676-77 and converted into a granary by Marian Reutter prior to 1787-1790. The church was converted into a theater in the 1980s and is still the center of the city’s cultural life.
The sophisticated exhibitions of the Ágoston Pável Museum of Local History and Slovenian Nationality bring visitors closer to the main stages and features of its city history.

The main square of Szentgotthárd is in the 18th-19th centuries. century houses preserved the image of the former, bourgeois city. A piece of history for each building. Craftsmen’s houses, coffeehouses, casinos, printing houses, cultural and cultural circles have once been home to the main square, which now houses shops, cafes and homes. The founder of the settlement stands in a bustling square with a pleasant small town atmosphere, III. Also the statue of King Bela.

St. Gotthard Spa & Wellness meets all the needs of a true spa, wellness and spa. The pools are supplied by a thermal well located in a nearby park with approx. 35 ° C thermal water. Relaxing guests can experience a true Mediterranean world: palm trees, banana trees and greenery all year round under the huge glass dome of the thermal bath. Even in the cold of January, there is a Mediterranean summer here.

For film lovers, the László Csákányi Film Theater offers entertainment. Built in 1913, the cinema is unique in the country as it has been operating as a cinema continuously since its existence. Renovated and modernized outside and inside the cinema is named after László Csákányi, a Merit and Outstanding artist who was awarded the Mari Prize of Jásza, who was once a student of the town’s gymnasium. Not only the latest films, but also the so-called. There will also be co-productions featuring Broadway pieces, concerts and ballet performances in addition to London Globe Theater performances.

Those who come to Szentgotthárd will certainly not get bored when trying out our interactive adventure games full of puzzles and challenges. For those who would like to explore not only Szentgotthárd, but also the micro-region and the Őrség, and a player who would like to complete an historical mystery while investigating, we recommend Adventure & Game. The game can be purchased at the Tourinform office (Füzesi út 3 / A) and at the Pannon Gate Cultural Association (Széll K. tér 7.)

The defining landmark of our city is the Battle of St. Gotthard in 1664, during which Christian imperial troops won the Turkish army. If you would like to find out how the battle happened (or could have happened), visit the Pavel August Museum and explore the Szentgotthárd Military Trail. The adventures are assisted by Jonathan Hunt (actor László Görög). Both games were developed by PIERROT.

We also offer many opportunities for those who like sports and active recreation. As the only river for rafting in the country, Rába awaits tourists and offers excellent fishing spots. In the summer, Lake Hársas can be a destination for those who want to go to the beach, and during the rest of the year, it can be a destination for hikers and anglers. Hiking paths between cool forests and lush fields full of herbs will guide hikers into true natural treasures.