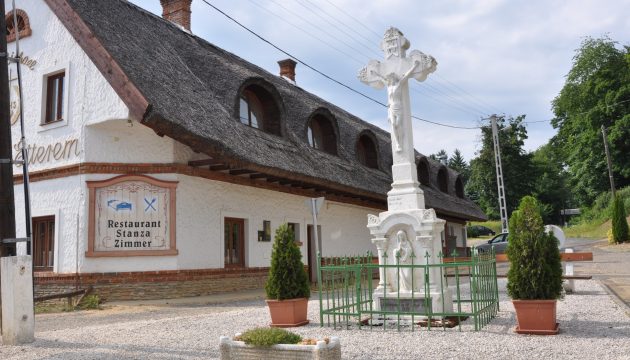 Vasszentmihály is a village at the junction of the Red and Lahn Streams, which is located in the western part of the Rába Valley. It has a population of 360 people. For those coming to the village in the 18th-19th centuries. A Roman Catholic church built at the turn of the 20th century is a sight to behold.
Also worth mentioning is the St. Michael Pension and Restaurant in the village center. The building’s interior and exterior architecture and furnishings sought to use natural materials. The guesthouse is named after St. Michael, the patron saint of the church of Vasszentmihály. Its emblem is a cross of Christ monogrammed with crosses of rosemary, modeled on a classicist house built in 1863 and demolished in 1950 in the village.